Insurance Talk to us About

When fires ripped through the Adelaide Hills in December 2019 Enrico and his wife lost their home and everything in it. Their world was turned upside down, but Enrico knew he’d chosen the right team and insurance cover to help him rebuild.

That December morning, temperatures in the Adelaide Hills surpassed 40 degrees for the fourth consecutive day. The heat ignited flames just kilometres from Enrico’s home, and they were spreading rapidly.

When his wife called, her voice immediately told Enrico something was wrong. Safety had to be the priority and it was time to leave.

“Get the animals, grab a few documents, just go grab a few things - no photos, no jewellery, no nothing, we need to leave now.”

Enrico was right. More than 40,000 hectares were ravaged over the following hours, leaving 400 outbuildings, 292 vehicles and 84 homes destroyed. Among those homes was Enrico’s.

Reassured by the right cover

When the flames subsided, Enrico’s home was gone.

“It was a total loss, everything gone, completely. Nothing left except what we were wearing.”

Although he could never replace the sentimental value of what was lost, Enrico didn’t doubt he had the right insurance agent and team behind him to rebuild the home he treasured. Protecting the things and people he loved had always been a priority.

“One of the thoughts I didn’t have, and I didn’t have to have, was on the ability of my insurance to provide the protection that I paid for.

“That’s been the thing that has given us our sanity back or prevented it from going away.”

Supported every step of the way

Local Elders Insurance Agent Ross Christian was there every step of the way, says Enrico.

“I saw Ross 36 hours after the fire and he had already started the paperwork because he knew. As a local he knew the situation and he assured me - Enrico, we’re going to get this matter settled so that you can move on quickly.”

The experience affirmed Enrico’s belief in the deep value of insurance.

“Insurance isn’t a service, it’s an asset. That has allowed us to move on as best as we possibly could.

“I believe with insurance, you get what you pay for, and that’s why I’m with Elders Insurance.”

At Elders Insurance our Agents are here to help. Your local Agent will make sure you have the right cover, tailored to your needs, and most importantly should the worst happen, and you need to make a claim, we’ll be there to help. 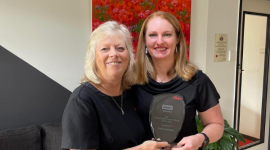 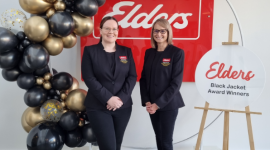 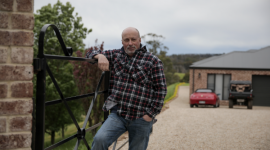